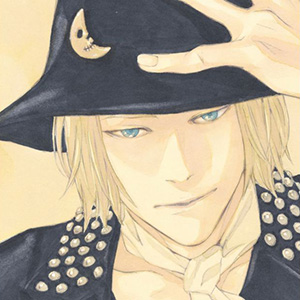 Today I want to write a book review again and it is about the novel “Final Fantasy VII: The Kids are alright: A Turks side quest” which was published in March 2021 in German. The Japanese original book by Kazushige Nojima was published in 2011. Why did it take so long to publish it in both English and German when the other novel “Final Fantasy VII: Looking Forward” was translated within a very short time? The answer is simple: the reason is “Final Fantasy VII Remake”. The new edition of the main game came out in 2020 and the content of this book was used to fill the game with new content – but I want to go into the connections between the media later. First a few words about the plot and the writing style of the book.

In contrast to the other Final Fantasy VII novel “The View Forward”, this book is not a disjointed series of short stories by different characters, but the story of the (rather would-be) detective “Evan Townshend” is told here. He grew up in the higher districts of Midgar, but the events of the main game ended up moving him to the slums, where he runs a detective agency with Kyrie Canaan. In order to survive in the slums, he has made various friends in addition to Kirie who help him to make ends meet. These include Leslie Kyle, who was a former lackey of Don Corneo, and Johnny, who runs a new bar.

Through various incidents and a new detective case, Evan learns more about his past and thus comes into conflict with the Turks, the special unit of the former Shinra group. Well-known characters like Reno, Rude, Rufos, Tseng or Elena are therefore also involved in the story. Other characters from the earlier heroes like Cloud and Tifa also have minor guest appearances.

The plot is driven forward by various events that are known from the main game and the film “Advent Children” and tells Evan’s thoughts and motives in a very understandable way. What is described in great detail at the beginning is unfortunately fobbed off pretty quickly towards the end – almost comparable to the Final Fantasy 7 main game itself, where a large part of the plot takes place in Midgar and then other places are traveled through rather entertainingly. This makes the ending a bit unsatisfactory, especially since one would expect more to the transition to the movie “Advent Children”. In general, you will probably only have fun with the book if you have played the Final Fantasy VII main game and seen the movie “Advent Children” beforehand, because otherwise you will simply not understand many of the references. On the other hand, the book bridges the gap between the two media well, as the telling of Evans’ story clears up many things about which little was previously known. For example, you can learn a lot about the city of “Edge” or how the Shinra Monument was constructed.

The book has about 400 pages and countless titled chapters, all of which are 2 to 10 pages long. The majority of the chapters are described from the first person perspective of the main character Evan, while all others are mostly only told in the third person from the perspective of one of the Turks members. The narrative style is neither boring nor particularly outstanding, but it is made interesting by Evan’s narrative style. Right from the start he asserts (as if he were writing in a diary and speaking to the reader) that not all of his actions would be comprehensible and that he was not a typical “hero” either. Although this is surely just a stylistic means that one probably reads often in other novels, it seems very real here. The dialogues with Evan and his friends are very natural and seem less scripted, so that it is often not always immediately clear what is actually meant in the conversations. Nevertheless, sooner or later you understand the situations, which will probably be more difficult if you don’t know a large part of the characters from the other games, films and novels.

If you’re looking at an entry about the Final Fantasy franchise, especially if it’s part 7 of the series, you can’t help but talk about its connections to the other media. But before I go into the individual events and characters here, I would like to show again in the following overview which larger media of Final Fantasy 7 exist, how they fit into the story chronologically and when they actually were released. I also write in brackets on which platform they appeared. Of course, I know that many of them were later published on PC or other consoles, but for reasons of space I only state the primary platform where the medium first was released.

Of course there are many other offshoots of the FF7 universe, such as “Final Fantasy VII G-BIKE” (smartphone), but neither came out globally nor can I report anything useful about it. Still, I would still mention Kingdom Hearts. This had no direct influence on the Final Fantasy VII offshoots, but indirectly it did because for the first time a dubbing voice was set for Cloud, Aerith, Yuffie and Sephiroth (more or less also in the Japanese and English regions). These were so good that they were used with the same or similar speakers for the movie “Advent Children” as well as the later the Remake. But back to the Final Fantasy VII universe itself…

As already mentioned at the beginning, the book came out shortly after the Remake for a reason. It’s because of the new characters like Kirie, Leslie and Johnny. While these did not exist in the main game from 1997 or in the movie “Advent Children” from 2015 (or at least were not mentioned by name), they were included as a new main quest or larger side quest characters in the Remake. The strange thing is that in the book they first exist in the story 2 years after the main game, but were practically included in the Remake 2 years earlier. So here the chronological publication of the media stands in contrast to the temporal introduction in the story of the universe. Nevertheless, it has been possible to set the connections so elegantly that few or no conflicts arise.

When I found out that a new novel for the Final Fantasy VII franchise was coming out, I bought it quickly and read through it within a few days. I was amazed to see how well it is written from the main character’s point of view and how many gaps in content it has even closed in the universe of Final Fantasy VII. Nevertheless, I was slightly disappointed at how much speed the story picks up towards the end and then ends in a slightly unsatisfactory manner. The book is a must for any fan of the series. Other people will not be able to do much with the tome.

A blog about traveling, cats and food… not necessarily in that order.